Hey Dude, I Love You (Vietnam)
The story is about 3 best friends - 2 boys and 1 girl. The main guy is looking for love oblivious to the fact that both of his friends actually have a thing for him. The other guy would try to gain his affection through playing an online game with him. But when the truth and secrets are revealed , it will take time for our man to accept that love can come in any form. 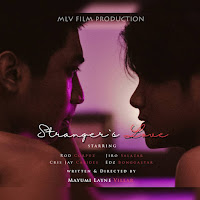 Stranger's Love (Philippines)
Two broken hearted guys who bump into each other in the night. They end up spending the night together because of the storm, healing and recovering hope for a happier future. It is about strangers helping each other because it is often easier to talk to a stranger than to a friend. The night leads to friendship to love to sex and hope for better days to come.

Xiao Lin (China)
A young student goes back home for holidays and has constant pressure to find a girlfriend and get married. But he is bi curious or gay, downloads a gay app and meets a stranger hoping for friendship. Caught between his truest self and the family and societal pressure around him, what will he eventually decide for himself?

The Heirs (Philippines)
Kevin inherited his parents' debt and struggles to find the money to pay it off. Though him and his debt collector, Carl, don't seem to get along at first, they grow close after Kevin helps Carl when his house is robbed. This was a 3 part mini series of 10 min each and was really bad. Don't waste time. Acting was amateurish, the story was confusing.

Tunel Russo (Brazil) [Russian Tunnel]
A short film about the police brutality in dealing with homosexual public demonstration of affection. A gay couple is tortured and harassed because they are kissing on the streets of Rio. The idea was good but the execution was very weird. The whole mother-son sequence was not needed. And I really don't know why a lot of scenes were repeated three times in quick succession. That just didn't make any sense.

Un Fils (Canada) [A Son]
A son tells the story of a psychologist, who pushes a young boy to tell why he wanted to end his life. What he discovers will go beyond his expectations because the teenager is being sexually abused by his mother's boyfriend. This film invites people to open up and share their suffering. This remarkable performance with good actors will raise your awareness and touch you.

Love in the Time of HIV (Philippines)
Two lovers discover the word’s real meaning when a difficult setback of being diagnosed HIV positive befalls one of them. The film explores if intimacy is limited only to the physical?
A Soccer Match from (O Animal Sonhado) (Brazil)
This is one gay story form an otherwise collection of 6 stories. Two friends who play in a soccer team rise to the physical desires they get one another after spending a night together and then they act on it. 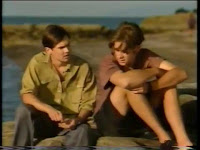 True Life Stories - The Steven Shuttleworth Story (New Zealand)
Inspired by real life, it's the coming out story of a gay boy. The film is about family, attitude of friends, determination about a very personal thing and way to define yourself, not ignoring the risks and the obstacles. It is a beautiful short film from 90s and shows the bravery of the young man.

Dog Meet Goose (USA)
A troubled teenager seeks help from a neighbor with a secret and there was news he was caught with another man in a video booth few years back and is deemed as a paedophile. The older guys feel very uncomfortable around the boy, but he insists he needs someone to talk to and as the two talk, they both reveal more about themselves and the picture gets ever more complex and sexual tension is in the air. The film walks the thin line between what is acceptable and what is not. A BRILLIANT film!

From Schoolboy to Showgirl - The Alexandra Billings Story (Documentary)
This documentary explores the extraordinary life and career of an unforgettable transgender actress and singer, Alexandra Billings. Through rare footage and candid interviews, the film traces her harrowing journey through many transitions — from fear to fearlessness, from sickness to health, from loneliness to love, and her most remarkable transition of all - from male to female.

Soy negra, soy marica y soy puta (Colombia) [I’m Queer, I’m Black, and I’m a Prostitute]
Diana is a transgender woman, prostitute, human rights activist and a LGBTQ lawyer. From her love for animals to her deepest feelings. Diana sacrificed everything to put the Corporación Opción as the center of her life. A truly inspiring story of someone who has put all her energies into fighting for rights giving her own example of prostitution helped her save money to make her life better. 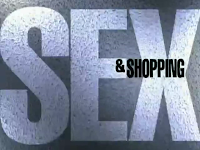 Australian Story - The Farmer Wants A Life
David Graham, born and bred to take over the family property in rural Queensland, decided to go into Big Brother after he was gay bashed, hoping to raise awareness. This is also when he publicly came out (after a successful modeling career) but this decision took David's family by surprise. Four years later, he's attempting to reconcile his sexuality with his desire to be a farmer, a father and a force within the National Party. This is an old story from 2010. 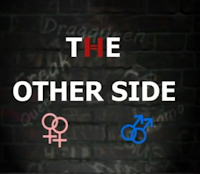 The Other Side (Trinidad)
This is a four-part series from CCN-TV6, a television station in the Republic of Trinidad and Tobago, a southern-Caribbean state. It originally ran during the period 22nd to 25th April, 2014 and looks at some of the issues that confront and bedevil gay people who live there. While T & T is not generally viewed as being as homophobic as, say, Jamaica, LGBT folk in this country still face profound legal, social and private challenges regarding their status, sexuality and the perception thereof.

The Intervention (USA)
The lead character here is being poked by a group of friends. They are interrogating him for possibly being homosexual and are getting him to recount past sexual adventures in order to get to the bottom of his orientation. This film is unfortunately only half-baked that tries to create an atmosphere of interest, but it fails to connect us at any level.

Paradisco (France)
Francois picks up the handsome and much younger Nicolas. The morning after, they travel back in time to the era of Disco, when Francois was young. A mini musical film, a tender potential gay love story and an ode to the disco and days of vinyl and records when everything was not mp3. Beautifully acted and a delight to watch.

Onde O Céu Acerta Seus Ponteiros (Brazil) [Where The Sky Sets The Clock]
After his mother's passing, Tomas' life turned black and white. Days change when he meets Gabriel, a photographer with a red jacket who helps him see other colors. A very short but beautiful love story.
Penis (USA - 1965)
A short old experimental film about a person’s struggles with coming to terms with their sexuality and gender identity.