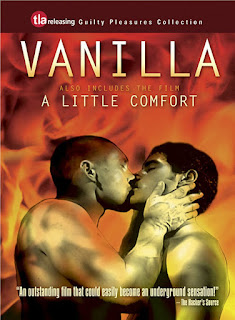 This is actually a pretty bad film. The only good thing is that its is less than 50 minutes of torture. Actually if done right, this could have been an interesting premise, but the makers went on some weird tangent where at some point just nothing made sense anymore. Apparently this is inspired from the true story of a serial killer who used erotic asphyxiation to commit his murders and then eventually shot himself.
First 1-15 minutes are spent in silence setting up a premise where our serial killer meets various young gay men, have sex with them and kills them by strangling them. One day, a young 17 year old boy is cruising a park doing photography and he chances upon the dead corpse of this serial killer who has shot himself. Questioned by the police and his father who is part of the investigation, he becomes obsessed with the string of murders linked to sexual encounters with young men, and his curiosity contributes to an art project as well as his own drive to experience how the murders took place. He starts seeing the dead victims and the killer and having sex with him. All this while he is also propositioned by his father's colleague with whom he ends up having sex while still fantasying about being killed by the serial killer.
This film is anything but vanilla. The acting is strictly average, with nothing to talk about. I couldn't figure out where the film was heading in its first half with black and white setting and murders being committed. Just when I thought it will get interesting and this older guy propositioning the younger lad will lead to something interesting, but I am not sure. I am not sure what was the whole point of the film. Even though its a short-dish film, but at almost 50 minutes of run time, this one is completely avoidable. (1.5/10)