Ace (USA)
Ace, a shy newcomer is attracted to Z that he can neither ignore nor embrace. Though the attraction is clear, their inability to acknowledge and express their feelings for each other openly threatens to sever the bond that draws them instinctively to each other.

Made Of Sugar (USA)
A nostalgic portrait of a Cuban-American Family's evolving cultural heritage.

Als ik jou tegenkom (Belgium)
A very short quick story of a secret love that takes place in an art school. A love between two individuals, both lost in their secret lives in the bathroom of the school.

Room Closet - Truth or Dare (USA)
The classic truth or dare game is used by teenagers to express themselves. A girl thinks she is smart, but is upstaged when a boy gets to kiss his crush.

Due volte (Italy) [Twice]
Diego, only 17, is best friends with Antonio and has a crush on him. Antonio knows it but probably doesn't enjoy it. At one of the parties Antonio almost forces Diego to rape a girl which leads to an accident that is killing Diego and their friendship. A very thought provoking short.

The 50's (USA)
Attraction between 2 men on a beach in 50s when everything was so taboo!

Morning After (Canada)
When Michael return home after few years, his best friend throws a party which has 3 other people. Soon a sensual game of french kissing and chocolates begin. Michael will soon realize that his sexual awakening & interest in men is not a phase and his friends happy to help.

Wrong Side (Netherlands)
The film follows a young Romanian as he fights against homosexuality that people call ‘incurable’.

Silverlake Afternoon (USA)
Michael is 33 and he's never been with a guy. His first encounter is going to be awkward and also kinda great when he is invited by a man "in between" houses. after initial seduction and sex, the guy just asks him to leave but Michael is now happy.

Last Night (Israel)
An awkward meeting between a 16 year old hustler and a shy man who has hired him for the night but doesn't feel comfortable doing anything. 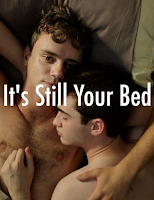 It's Still Your Bed (USA)
David has just came home from college, but his parents let their newly hired farm hand, Brent, to stay in his room. The mutual attraction is there, but, both of them are hesitant to make the first move. Love and compassion is what they both need.

The Lost Ring (Vietnam)
Xiao is an employee at Quan's house, both have disagreements, but despite the strong personality of Quan, he ends up having feelings for Xiao. 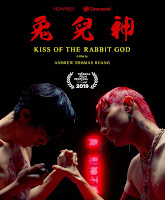 Love at First Degree (Singapore)
A gay boy has unconditional love for his straight best friend without any expectations. Little does he know that his feelings that he shares with a stranger online may help him come closer to his love.

La tempête (France) [The Storm]
Leo fantasizes about his weather forecaster. His obsession may be realized when he meets Luca, who resembles weatherman. The night will take them through desires and doubts & love?

La tapette (France) [The Mousetrap]
Baptiste is a gay man who can't stop dreaming about a woman who works at a local pub. His desire for her makes him go on a journey of unprotected sex.

Netuno (Brazil) [Neptune]
The film shows a growing obsession of a man to another man who he sees in his swimming club.

Caída libre (Colombia) [Free Fall]
Out of the hunting shadows of sexual underground Medellin, sixteen-year-old Jhony is excitedly hopeful about a date with they boy he loves. Beautiful film.

Sr. Raposo (Brazil)
A staged documentary about the daily life of Acácio, who found out he was HIV+ in 1995. 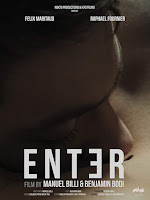 Ocaso (Brazil) [Sunset]
Late in the afternoon, a student and a construction worker sit on the edge of the bay and leave traces on the landscape.

luigi43 said…
Regarding the short " The kiss of rabbits god" I'm still dabbing my blood . Is there anything that carries to a meaning and purpose , or I'm just to rough to understand ? Thanks
July 17, 2019 at 3:47 PM

Golu said…
I thought it was an interesting perspective. It was just done in a very artistic way, that i sometimes don't understand.
August 2, 2019 at 1:36 PM

Hedgehog said…
I watched the short film truth or dare not the one that posted here cause I thought it is that I’ve watch, after going back theres a closet room in title but still that short is really funny.
September 24, 2019 at 2:25 PM